What started as a simple discussion about a possible zoning text change turned into an hour-long conversation about marijuana. During that conversation, members of the Chadds Ford Planning Commission learned that a medical marijuana dispensary wants to open up in Springwater Plaza in Chadds Ford.

The exchange happened during the commission’s Oct. 14 meeting. According to township and commission solicitor Mike Maddren, at issue was a proposed text amendment that would allow for pharmaceutical sales in the PBC Zoning District. Currently, such sales are only permitted in the B-Business District.

“Specifically, it would add businesses that provide either medications or other pharmaceuticals by doctors’ prescription or order into the PBC,” Maddren said.

From that point, the conversation ultimately led Commission Chairman Craig Huffman to ask a rhetorical question: “Would you rather have a marijuana dispensary in Springwater Plaza or next to Brandywine Prime?”

The PBC District includes Springwater Plaza, Painters Crossing shopping center, a portion of the ground at Oakland Road at Route 202, a portion of the township at Brintons Bridge Road and 202, Olde Ridge Village, Keystone Plaza, and Brandywine Summit. 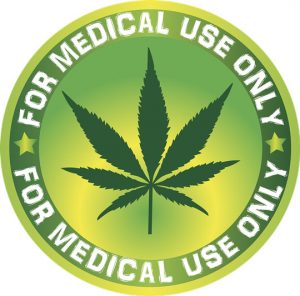 “Basically, it’s parcels that are mostly, if not entirely, along Route 202 in the business corridor,” Huffman said.

The current B District includes portions of the village area.

Marijuana dispensaries quickly became part of a wide-ranging conversation when newly appointed Commission member Kathleen Goodier asked if the change would allow for such dispensaries.

Maddren said yes because the medicinal use of cannabis is legal in Pennsylvania with a doctor’s order. Recreational marijuana — currently illegal in the state — is a different issue, he added. Maddren then briefly explained some of the regulations the state has established on where the dispensaries can be located, distances from residential neighborhoods, schools, and houses of worship.

Commission member Jay Patel said Goodier’s point should be taken seriously because, “Those dispensaries will stretch the law and that will create some issues in the township or neighborhood…Is there any way wording could be added to say it’s only for the pharmaceutical?”

Maddren explained that since medical marijuana is a legal use in Pennsylvania, municipalities must have provisions in their zoning codes for them. He also said there’s a difference in the wording of the proposed change that includes the phrase “anything with a doctor’s order.” The wording in the text for the B District talks only about prescriptions.

“It’s a little bit broader here when you have that ‘doctor’s order.’ I think that’s done with the intent of incorporating this use somewhere,” said Maddren

(As was discussed in Concord Township when a dispensary was looking to move in there, if provisions and regulations for location aren’t set forth in the municipality’s code, the dispensaries could locate wherever they wanted to.)

Huffman said that fact has to be part of the discussion and decision:

“If you allow pharmaceutical sales, which by definition includes marijuana dispensaries, in more places in the township, then, in the event a marijuana dispensary comes to Chadds Ford Township, do we have greater discretion in terms of where it actually goes when it’s allowed in multiple places?”

The discussion meandered to include questions about methadone maintenance, and whether the township actually wants or needs a new regular pharmacy. Commission member Timotha Trigg questioned how often a request comes from a company wanting to open a drug store outside of the B zones.

“Is our B adequate or do we need more,” she asked.

Huffman said he had no answer to the question but said the idea for the amendment came from the Board of Supervisors.

“I guess my answer is the supervisors must feel the need to have expanded opportunities for the sale of pharmaceuticals within the township,” Huffman said.

He later went on to reiterate that since medical marijuana dispensaries are legal, it’s up to the township to decide where they can go.

“If it’s legal and there’s a demand for it, we have to have a place to put it,” he said.

Wayne Megill, the owner of Springwater Plaza, was allowed into the Zoom meeting and, after explaining why he thought allowing pharmaceutical sales along the Route 202 corridor was a good idea, he told the commission members that he has a signed lease from a dispensary company, PharmaCann, that wants to move into one of the storefronts there. Nothing can happen, though, unless and until the text change goes through.

That ultimately led Huffman to the rhetorical question of whether people would want a dispensary at Springwater Plaza or in the village.

Commission members took no vote on the issue during the Oct.14 Zoom meeting. Instead, they will try to get more information and resume the discussion in the November meeting. That meeting will be on Tuesday, Nov. 10 at 7 p.m. The meeting date was moved up a day in honor of Veterans’ Day.

For the text change to happen, the supervisors will need to hold a hearing on the matter.

Rich Schwartzman has been reporting on events in the greater Chadds Ford area since September 2001 when he became the founding editor of The Chadds Ford Post. In April 2009 he became managing editor of ChaddsFordLive. He is also an award-winning photographer.