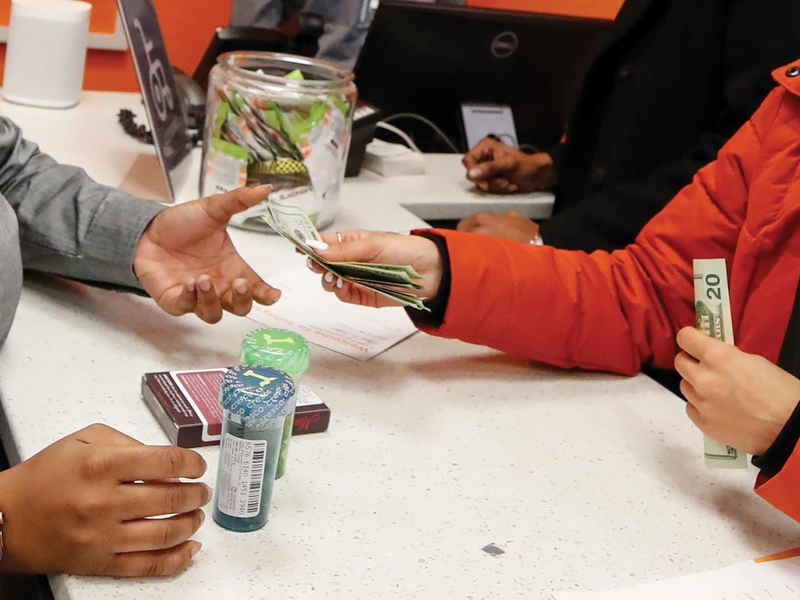 The lawsuit claims the move by the state to go forward with “a plan to award more than a billion dollars in licenses to a group of 21 politically connected insider companies” is unconstitutional because there isn’t due process to challenge the application scoring before licenses are awarded. Read the lawsuit at the end of this story.

Southshore Restore and Heartland Greens sued to stop a planned lottery to award 75 new dispensary licenses while they challenge the decision by the Illinois Department of Financial & Professional Regulation before the licenses are awarded.

More than 700 individuals or groups submitted applications in January for 75 licenses. Twenty-one applicants received perfect scores and are eligible for a lottery to determine who gets the licenses. The list of finalists quickly generated anger among failed applicants, many of whom began looking up the officers of the winning parties on the Illinois Secretary of State’s website.

The lawsuit contends the finalists include ”separate groups owned by a former superintendent of the Chicago Police Department, Illinois gaming operators, the leader of the Illinois cannabis trade association/lobbying group, a private-equity fund, the owner of an iconic Gold Coast restaurant/brand and at least one Democratic committeeman and lobbyist.”

Restaurant owner Phil Stefani is a principal in GRI Holdings and former Chicago Police Superintendent Terry Hillard is a principal in EHR Holdings; both firms are finalists. Edie Moore, executive director of the Chicago chapter of the National Organization for the Reform of Marijuana Laws, is a principal in two finalist groups, Make Peace and Terra House.

Illinois set up a detailed application process designed to bring social-equity applicants into what is a cannabis industry that is largely white- and male-owned. But many expressed frustration that applicants who met the social-equity criteria—coming from neighborhoods disproportionately impacted by the war on drugs or who had been arrested or incarcerated for marijuana offices—did not qualify for the lottery.

According to the lawsuit, Southshore Restore is 100 percent owned and controlled (by) African American residents and business owners from the city’s South Shore neighborhood. The team is made up of community organizers, environmental justice advocates, military veterans, urban farmers, small-business owners and young professionals.

Heartland Greens is also 100 percent African American, mostly female and majority-owned by Marquita Hollins, a military veteran. The group of West Side residents “was brought together for this opportunity by a wrongfully incarcerated individual who posted a notice in his neighborhood barbershop.”

Veteran status proved to be crucial, with applicants getting an extra five points if the group was at least 51 percent owned by a veteran.

The two teams claim they “should have qualified to be a tied applicant,” eligible for the lottery. “Each plaintiff was majority-owned by social-equity applicants and military veterans, and each plaintiff is qualified to operate a dispensary business. Plaintiffs all submitted applications that should have received all of the available points.”

The plaintiffs want to challenge the scoring, done by accounting and consulting firm KPMG, that left them out. But they say the rules don’t allow for administrative review, so their only option is to sue.