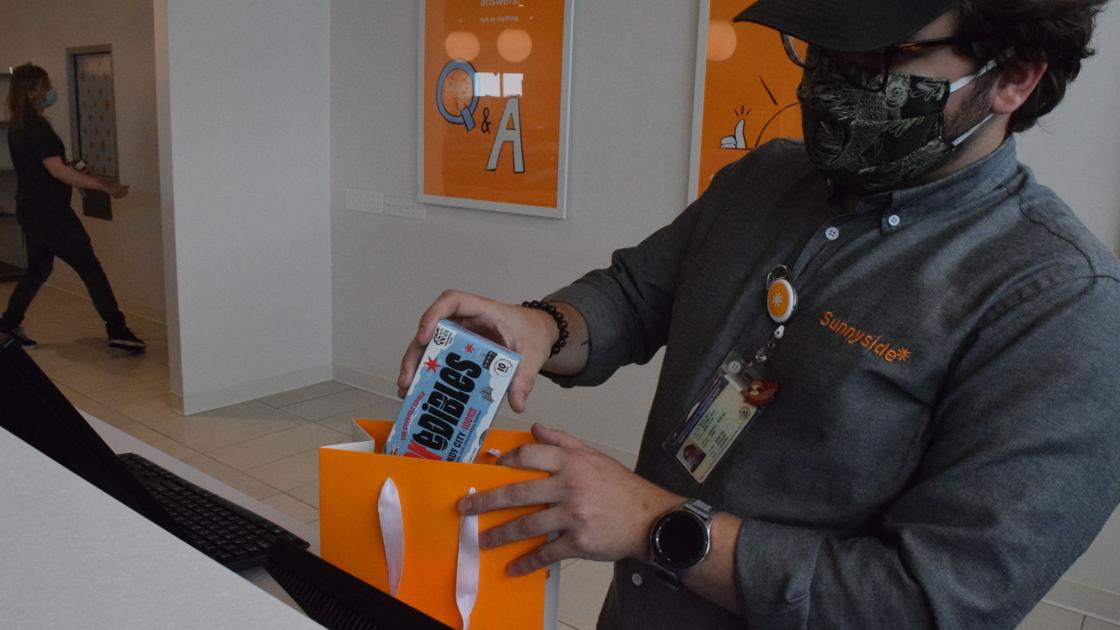 SOUTH BELOIT—In the weeks since the brand new Sunnyside Cannabis Dispensary opened in South Beloit, the parking lot has typically been full as residents are increasingly benefiting from the use of marijuana sold locally, said Mayor Ted Rehl.

“The proximity has benefited quite a few people in the area, including people who use it for medicinal purposes,” Rehl said, adding local feedback has been positive overall.

Rehl said some South Beloit residents have told him they tried various forms of marijuana to help with sleeping or managing symptoms of glaucoma, post-traumatic stress and restless legs syndrome.

The 7,200-square-foot South Beloit dispensary is currently the largest marijuana selling facility in the state of Illinois, and is located right off Interstate 39/90 on the Wisconsin/Illinois state line.

Cresco Labs Chief Communications Officer Jason Erkes said the dispensary has drawn in several hundred customers every day since its grand opening, and he sees no signs of business slowing down.

“People are very excited that we’re in the community and that they can easily and legally access this product,” Erkes said. “We’re really happy to be in South Beloit. It’s been a very welcoming community.”

Erkes said the dispensary is seeing many returning customers and newcomers who are looking to be educated on the medicinal uses and lifestyle benefits of cannabis as awareness of the product grows.

To promote social distancing and in an effort to reduce crowd sizes, Erkes said Sunnyside has been handling many orders online, and customers can pick up their products and be on their way in just a couple minutes.

As many businesses have struggled during the COVID-19 pandemic, Rehl said South Beloit was fortunate to see Sunnyside open, as he believes it will help stimulate local growth and attract more traffic to the Stateline Area.

“It brings people to see South Beloit who have never been here before. Eventually, we hope to lure them into some of our other businesses,” Rehl said, adding future tax benefits will also benefit the city.

Rehl said he remains optimistic for steady growth as the business increases its customer base over time while offering a solid revenue potential.

Erkes said microdose gummies have been a popular product in South Beloit, as new customers can try it while experiencing minimal effects. Traditional marijuana flowers are also top-selling items. The store also sells vapes, tablets, edibles and other cannabis products.

For more information, go to Sunnyside.shop and search for the South Beloit store location.