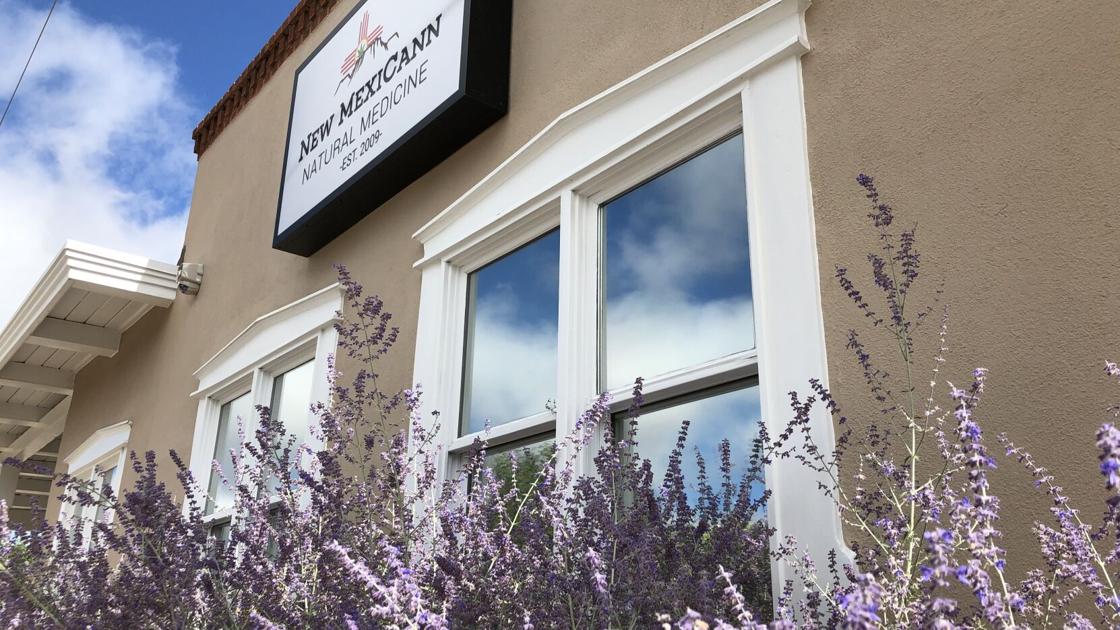 But the business soon will expand into a 3,200-square-foot building formerly occupied by a credit union at 403 W. Cordova Road.

“We are coming out of the shadows and into the light,” said Jaylene Kost, executive administrative coordinator at New MexiCann. “It’s been a thorn in our sides that we have wanted to be more accessible.”

An opening date is not set, but Kost expects it to be sometime in August.

“We’re very excited about our drive-thru,” Kost said. “Older patients can just drive up and not have to get out of the car.”

Santa Fe will have 13 medical marijuana dispensaries with the opening of the new New MexiCann outlet, according to the New Mexico Department of Health.

Kost said New MexiCann opened in early January 2010 on Second Street as possibly the first legal medical marijuana shop in New Mexico. It moved to San Mateo Lane in 2015, and that same year expanded to Taos and Española, and in 2016 opened in Las Vegas.

The San Mateo Lane location is not just a dispensary but also headquarters, greenhouse, commercial kitchen and production facility.

“We call it the mother ship,” Kost said. “We’ll keep the dispensary open.”

Kost estimates sales may grow 25 percent to 30 percent with the Cordova shop.

New MexiCann in July also started selling to out-of-state patients as the state’s reciprocity agreement with other legal medical marijuana states kicked in. Kost said she expects customers from Utah, Colorado, Arizona and Oklahoma, but only anticipates a 2 percent to 5 percent increase in revenue from out-of-state customers.