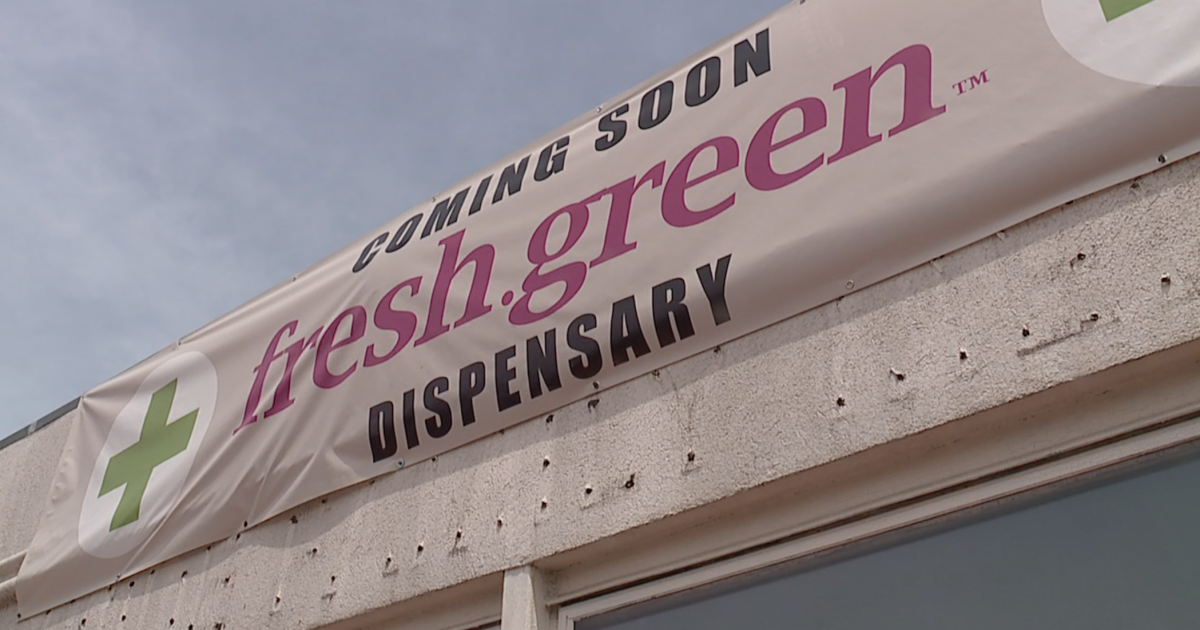 KANSAS CITY, Mo. — Medical marijuana dispensaries in Missouri were supposed to be open by now.

The delay is not only frustrating for patients, but for business owners as well.

Ron and Bianca Sullivan own Fresh Green Dispensaries, and they want to make sure once marijuana is actually available to sell, their businesses will be ready to go.

One dispensary will be at 71st & Wornall in Waldo, and another off NE Tudor Road and Route 291 in Lee’s Summit.

“Some of the struggles have been COVID-19, for one thing,” Sullivan said. “It’s been somewhat difficult, even though we were considered an essential business as a medical marijuana dispensary.”

About 60,000 people in Missouri have applied for a patient card since last summer, but there still isn’t an open dispensary in sight.

Right now the state has approved only two of the 60 cultivators to start growing. Both are closer to St. Louis in Earth City and Perryville.

“We still don’t have a testing facility inspected,” Sullivan said. “So we’re hoping we’re not going to get a logjam between the cultivators having stuff to sell, we want to buy it, but it can’t get through testing.”

The state allowed 11 testing facilities across the state, two of which are in the Kansas City metro.

According to the Department of Health and Senior Services website, the state must inspect 369 facilities for minimum standard requirements and they’ve gone through about half.

Patients don’t want to see any more delays either.

“We’re at over 18 months now. What are we waiting for?” a medical marijuana patient with the name of Robert said.

Robert, who did not want to give his last name, has had his patient card since last summer and recently had to get it renewed.

He has severe back pain from a car accident. Marijuana has helped him cut his pain medications in half.

“The nice thing would be to have the dispensaries open so we had a place to go that was legal,” Robert said. “Where you had a reliable source, where pricing was set, it was a business, and not, you know, let’s see what the guy next door has.”

Fresh Green estimates dispensaries will be open by early fall.

Bianca Sullivan said although dispensaries aren’t open, if you have a card you can still possess medical marijuana and grow it without worry.

“You are currently able to possess eight ounces, which is quite a bit. And there are still many people being arrested for very small amounts of marijuana,” Bianca said. “Most cities do not have the decriminalization laws for misdemeanors as Kansas City has.”

To look at data and reports regarding patient applications and facilities, click here.