When the Village of Skokie was approached a few years ago about hosting a cannabis retail outlet, the answer from officials was a hard no. At the time, the only cannabis legally available in Illinois was product used for medicinal purposes, and all customers would have been patients legally registered with the state. But the whole enterprise still seemed too speculative.

“It was so new, and the efficacy of medical marijuana was unknown, so the village board opted to not have it in the community,” Skokie Economic Development Manager Len Becker said.

Times have changed. Grassroots Cannabis, one of the nation’s largest cannabis providers, is now in the process of securing retail space within the village, and officials couldn’t be happier. 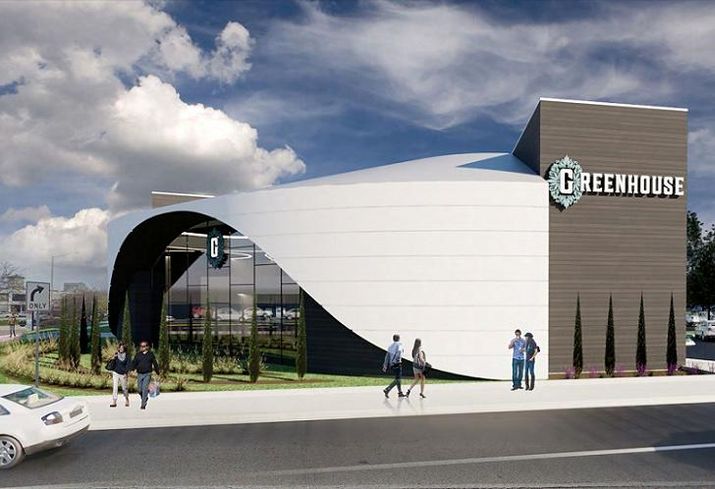 “Literally no one was against this, and the board felt it was a way of diversifying the economy, and building the tax base,” Becker said.

But the shift is about more than tax dollars. Like their counterparts around the state and select other parts of the U.S., village officials watched the years-long rollout of medical marijuana, followed by the rollout over the past few weeks of legal recreational product, and their fears of new social problems, or possible legal entanglements with the federal government, went unrealized. And this new-found comfort with once-stigmatized cannabis could open the door for providers who had gotten used to doors slamming in their faces.

“There really were no negative effects, and quite frankly, we recognize that people have medical conditions, and [cannabis] provides them with real benefits,” Becker said.

The state’s legalization of recreational cannabis was also a notable factor, he added, as it showed the product was now widely accepted by society, and no longer confined to the shadows. Gov. J.B. Pritzker signed the recreational cannabis bill in late June, after legislators passed it by strong majorities in the spring.

“We wanted to offer it to residents of Skokie, and visitors to Skokie, in the same way that people can buy cigarettes or alcohol if they so choose,” Becker said. 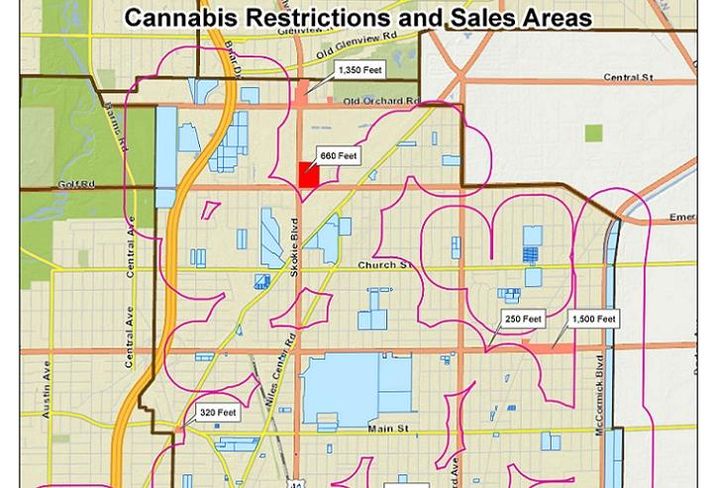 Another source of comfort is the character of the new cannabis companies, both their size, and their approach to new communities like Skokie. Instead of fly-by-night outfits, firms such as Cresco Labs, Green Thumb Industries and Curaleaf are publicly traded, and raise millions from venture capital firms and other investors. Grassroots Cannabis just scored a $19.7M investment from NewLake Capital Partners, and its merger with Curaleaf is expected to close later this year.

“They have shown a very significant interest in making sure the impact on the village is minimal,” Becker said.

One of the most important moves by Grassroots was to choose the former Bank of America building at 10066 North Skokie Blvd., just north of Old Orchard Road and Westfield Old Orchard mall, as its preferred site. Cannabis remains a largely all-cash business, and that makes security concerns paramount for many, especially after MOCA Modern Cannabis, a Chicago dispensary in the Logan Square neighborhood, was robbed of more than $100K in the first few days of legalization. But unlike many retail outlets, bank buildings are designed to keep large amounts of cash secure.

Skokie hasn’t opened up the whole town to cannabis sales. Like Chicago, it heavily regulates where providers can set up shop, and set 1,000-foot buffer zones around schools and parks, Becker said. Within those legal zones, only free-standing buildings can be used.

“There is not a lot of real estate available in these areas that works; that’s our challenge.” 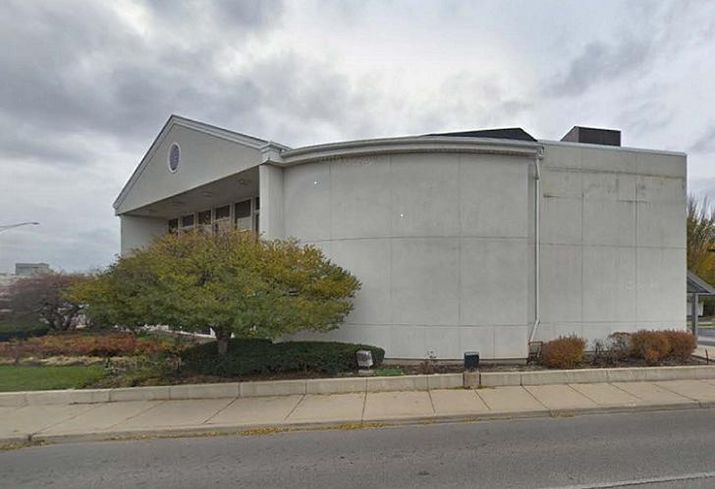 Grassroots Cannabis has already gotten permits from Skokie to begin renovations at the site, which was purchased from Bank of America for $3M by Chicago-based Northpond Partners in December 2018, according to Cook County records. Grassroots Cannabis still needs to secure a state license to sell recreational cannabis there, as well as a village permit, but Becker said Skokie is already looking forward to what it now sees as an economic development project.

“It’s going to be a beautiful facility, but for me it’s always about the sales taxes, so the best part is that this property was a functionally obsolete piece of real estate that had been vacant for several years,” Becker said. “It probably would have been bulldozed to make way for a quick-service restaurant or something similar. We like it when vacant buildings get repurposed, especially buildings like banks, which don’t generate any retail sales taxes.”

Grassroots Cannabis’ future home was constructed in 1956, the same year as the neighboring mall, which Becker said remains healthy and makes the surrounding streets one of the Midwest’s premier shopping districts, the perfect place for a high-traffic outlet.

Although the village’s restrictions severely limit where additional cannabis retailers can operate, Becker added that perhaps three other properties in different trade areas could fit within the parameters, and officials are open to other cannabis companies moving in.

“The industry is just beginning, so stay tuned, but we think it’s a great opportunity.”